This spring, Christie’s will present four 20th Century & Contemporary art sales in Hong Kong, encompassing two evening sales on 25th May, and two day sales on 26th May. The centrepiece of the auction season is a group of monumental abstract paintings by Zao Wou-Ki, including ‘Triptyque 1987-1988’ – one of the artist’s largest and most important triptychs.
Expect also works by other ground-breaking figures, from Zeng Fanzhi and Yayoi Kusama to KAWS and Gerhard Richter, together with Chu Teh-Chun, Lin Fengmian, Sean Scully, and George Condo.
This season also marks the debut of ICONOCLAST, a new evening sale featuring a diverse generation of artists born between 1969 and 1989. These iconoclasts challenge and critique widespread beliefs and institutions, while striving to push through boundaries and cultural conventions to create art for a global audience.
LARRY’S LIST highlights 10 works from the auctions and reveals which collectors are already collecting artworks by these artists! 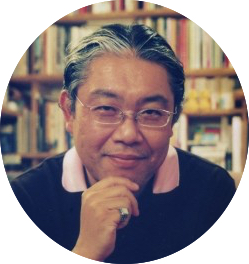 Collector Daisuke Miyatsu shares close ties with Yayoi Kusama, “It’s very important for me to communicate with my favorite artists, that’s how collecting art works. My house was built with the contribution of my artist friends, including Yayoi Kusama.” [1]

Triptychs from the artist’s Infinity Net series are rare. Painted in 2006, Yayoi Kusama’s monumental triptych ‘Infinity Net (TWHOQ)’ is rendered in lustrous acrylic paint and was included in Kusama’s acclaimed 2013 retrospective Yayoi Kusama, ‘A Dream I Dreamed’, which toured internationally. This Infinity Net gleams as the delicacies of its contours subtly unfold across the canvas. 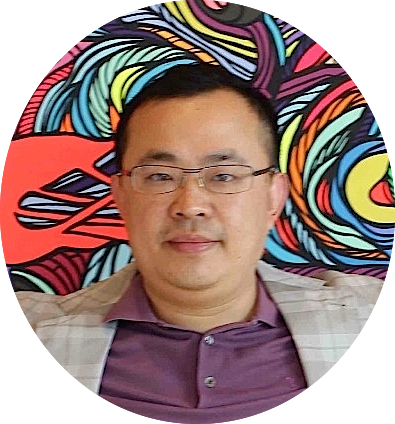 Collector Zheng Hao describes the role that Zao Wou-Ki’s work plays in his collection, “The How Art Museum’s collection has been built upon a range of different styles and genres. For instance, there is my ‘oriental collection’, which includes the representational Zao Wou-Ki…”[2]

Only two of the seven monumental triptychs painted by Zao between 1980 and 1990 have been presented on the art market so far. ‘Tryptique 1987-1988’ is a highlight from that decade, with vibrant colours, a striking composition and rich details that showcase Zao’s ability to control the visual elements of light, movement and energy in his work. 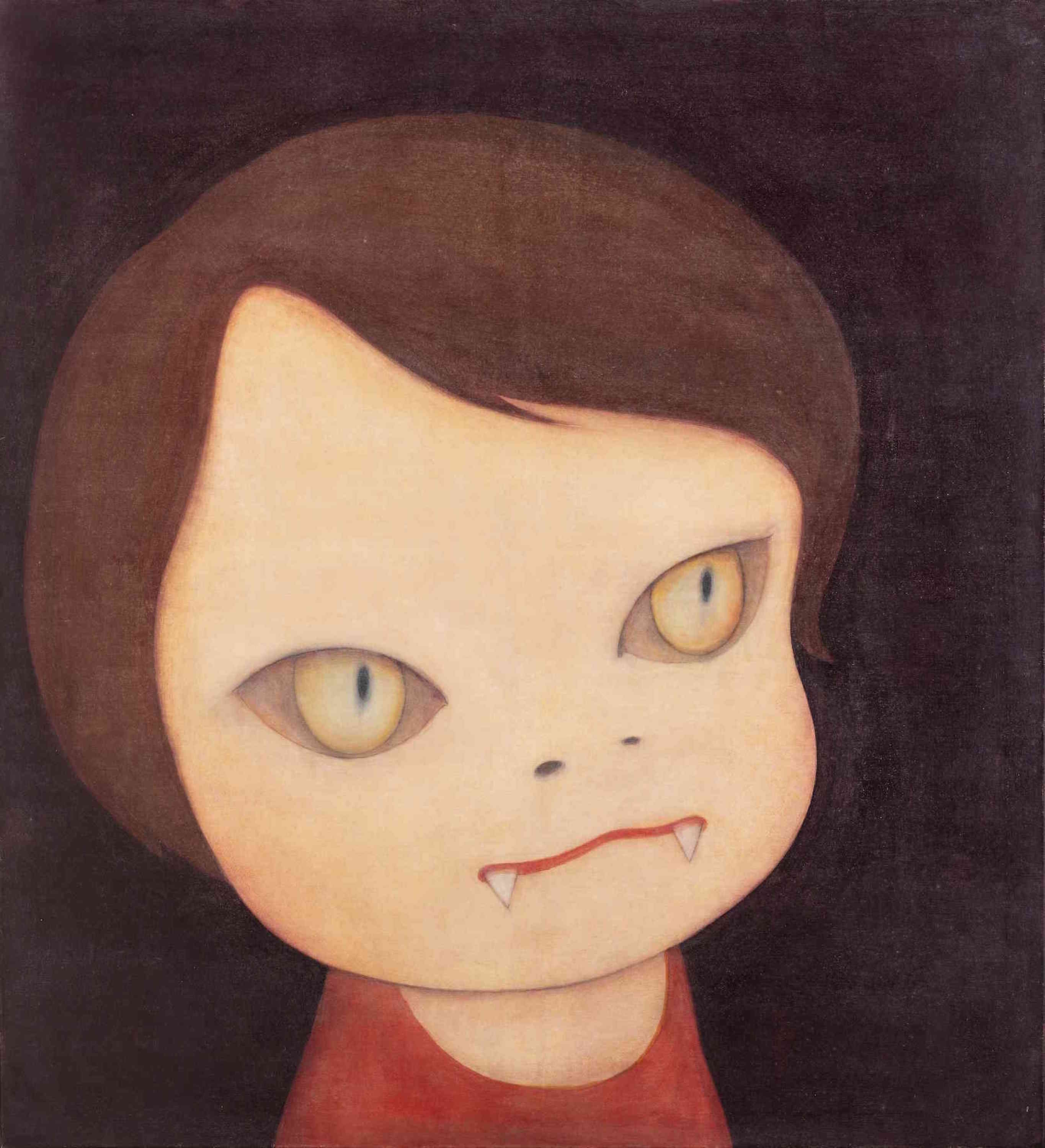 In ‘Sleepless Night (Cat)’, a child is framed in the centre of the canvas in front of a dark, simple background. Despite its simplicity, the narrative is sophisticated and rich with emotional subtext.
Yoshitomo Nara expresses complex emotions via the children that he paints, imbuing them with adult-like expressions that are simultaneously adorable and deeply poignant. 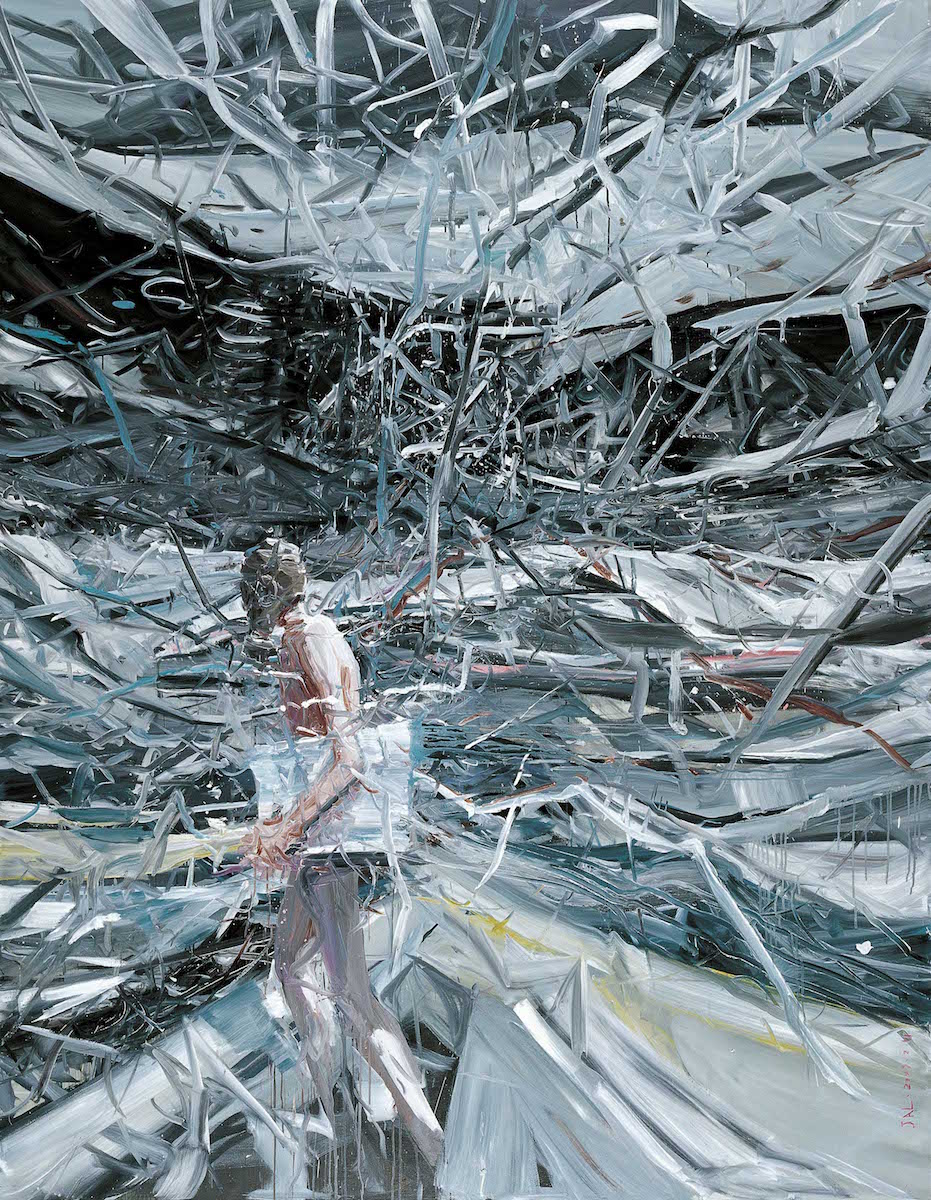 As one of the leading figures of the post-80s generation of artists in China, Jia Aili reached the international contemporary art arena by creating paintings that defy expectations and categorical definitions. ‘The Wasteland’ is an important early example of Jia’s masked figure – a recurring presence in his work and an exceptional example of Jia’s expressive painterly abilities.

“Zeng Fanzhi is one of the leading figures in the Chinese art world today,” [3] Stephen Little, Florence and Harry Sloan curator of Chinese art and department head, Chinese and Korean art, LACMA, comments on a monumental painting by Zeng Fanzhi as a major addition to LACMA’s permanent collection.

Paintings from Zeng’s Mask series, reached a new level of artistic maturity by 1996. This Mask painting exemplifies the artist’s sophisticated command of his most iconic subject. This work places the masked figure in dialogue with an animal subject and a still life, the drama of the man, the dog, the watermelon and the dramatic splash of light on the wall exemplifying Zeng’s best work from the 90s. 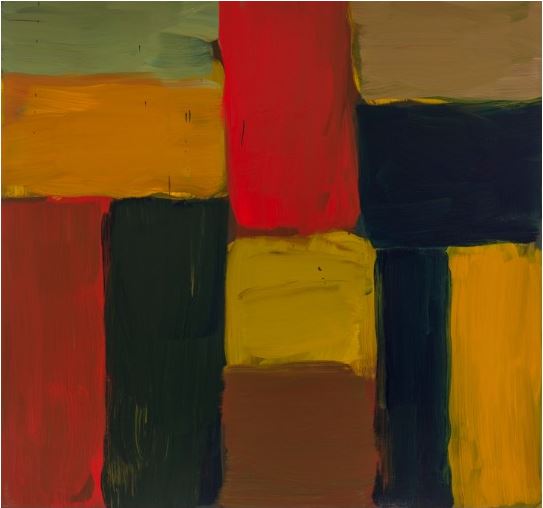 Poignant and striking, ‘Wall of Light Fez’ exemplifies Scully’s unwavering dedication to finding the metaphorical within a landscape of abstraction. This is an outstanding painting from the artist’s celebrated ‘Wall of Light’ series, inspired by a trip Scully took to Morocco, addressing the play of light and shadow in real world sites. 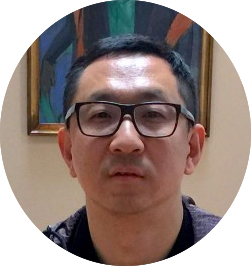 Collector Zhou Tong, who knows Liu Ye in person, explains how the artist’s works attracted him, “I believe his works are getting increasingly better with time; close to reaching perfection in my opinion. … His comments and works can sometimes be very intense and sharp, as well as filled with connotations.” [4]

Here, Liu paints in his trademark fairy-tale style, depicting a battleship that has just been hit and is about to be engulfed in flames, expressing the artist’s perspectives on warfare and violence. Using order and structure to  express conflict, and the visual experience of traversing the boundary between reality and fantasy, ensures ‘Portrait of the Battleship’ transcends the confines of time and space.

‘ARMED AWAY’ is not only prodigious in scale, but it is also boundless in its complexity. The scale allows KAWS to exercise his proficiency as a colourist in a method seldom captured to this extent. ‘ARMED AWAY’ epitomises all that is loved within the new iteration of Pop sensibility, which KAWS has continuously transformed. 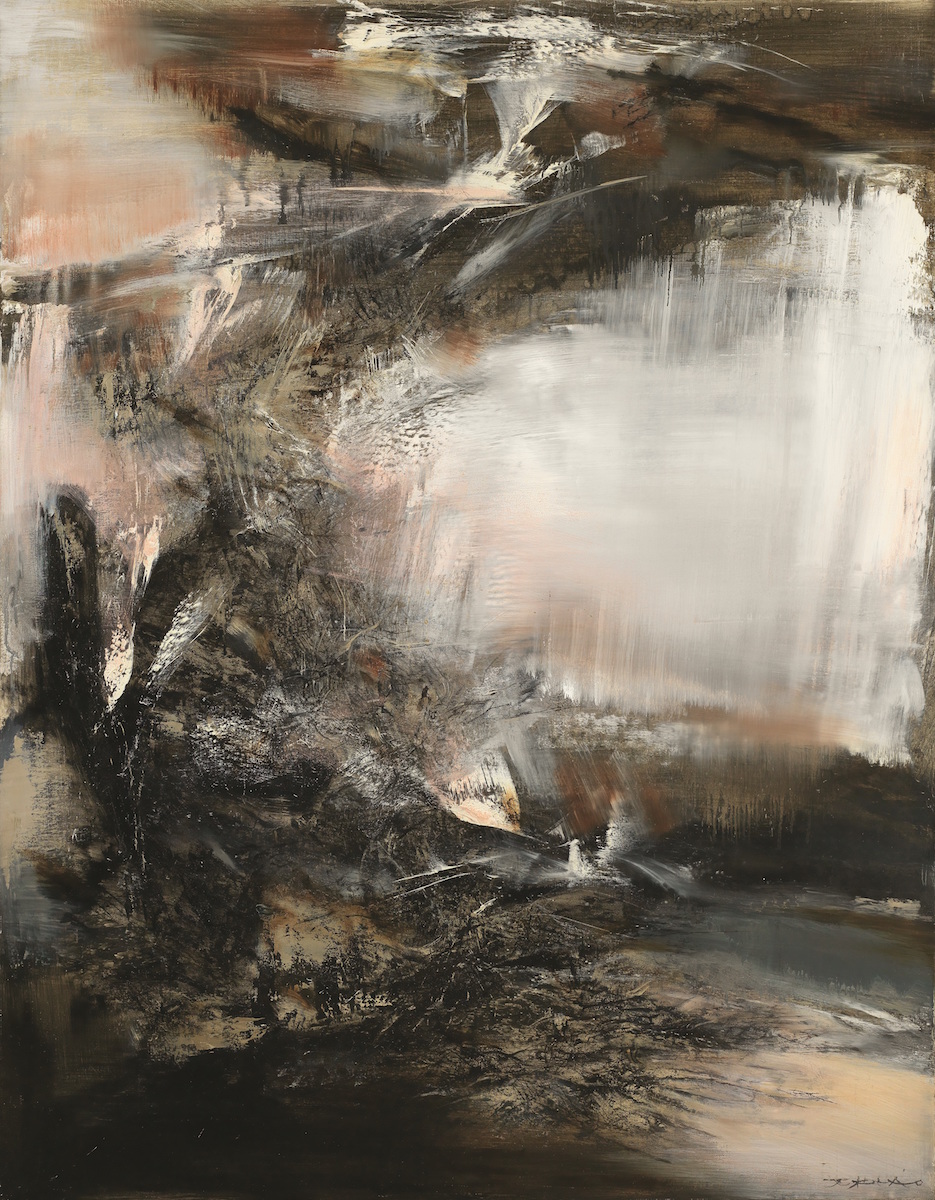 ‘17.01.66’ is an exemplary work by Zao Wou-Ki from the 60s, representing the totality of his techniques and concepts: the synthesis of Chinese and Western styles, the traces of both ancient and modern elements. That is why ‘17.01.66’ was much loved by Zao himself and was retained in his personal collection for many years. 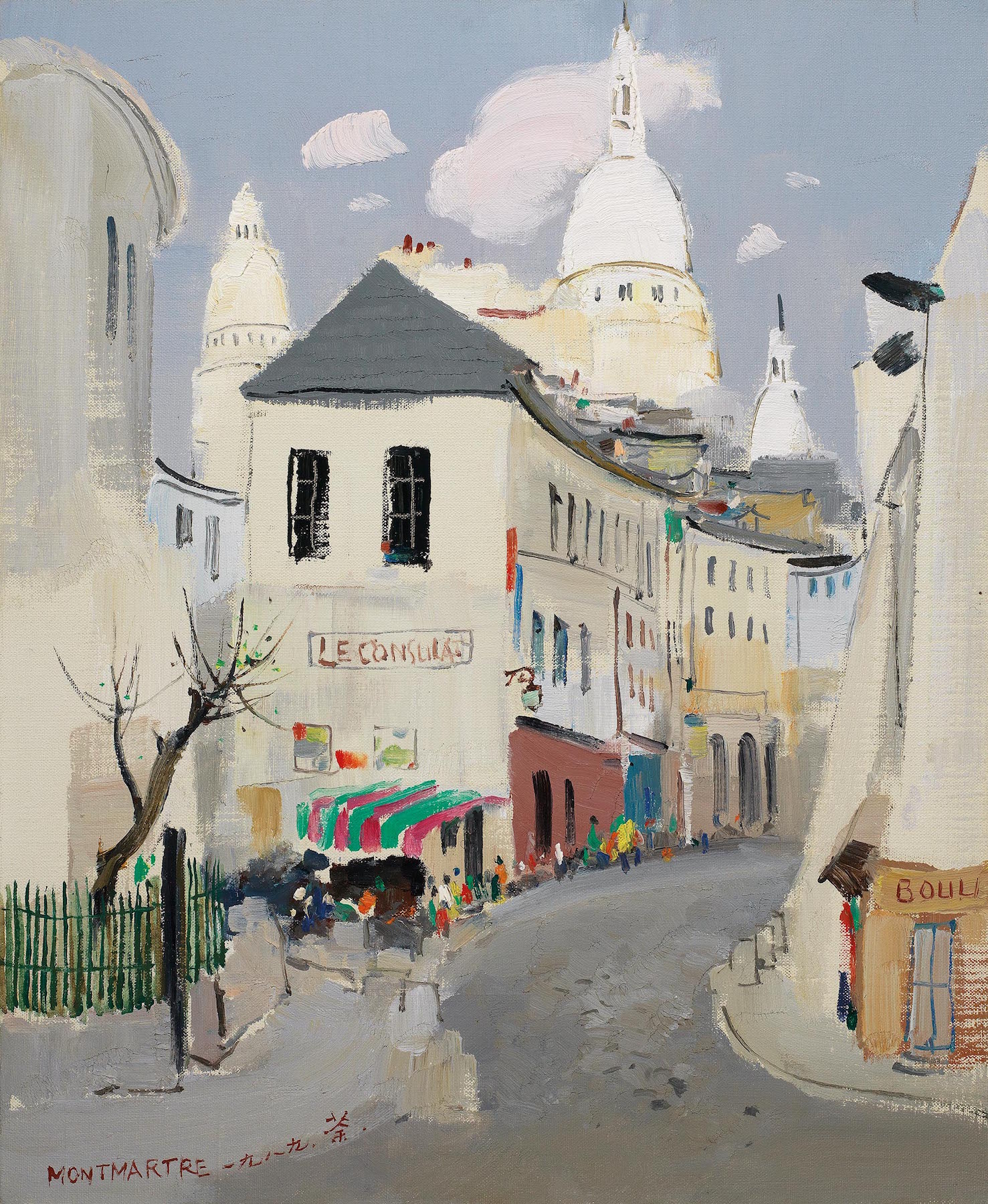 Created in 1989, ‘Montmartre of Paris (V)’ was inspired by Wu Guanzhong’s trip to Paris that year. Wu painted the same scene in oil twice, with the current work being the larger and more finished of the two. Wu demonstrates with this work his ability to synthesise the aesthetics and techniques of Western and Chinese painting.

[2] ‘Sharing Is Caring: The True Value of an Art Collection’, Larry’s List